Skjervøy Municipality consist of multiple islands located at 70th degrees north. It belongs to Troms county in the North of Norway. The municipality border to Kvænangen in north/east, Reisafjorden in the east. Skjervøy borders to Lyngen fjord in Lyngen Municipality in south. The municipality’s largest island are Arnøya (274,8 ) and Kågen (84,7 ). Skjervøy itself is ranked as number 5 in size, with an area of 11,2 .

The recent years, tourism has grown to become one of the largest industries in our region. Northern lights tourism in the winter time has become a favourite. The last couple of years, Skjervøy has also had a pleasure of the whales staying farther north than before. Several companies, both local and regional, offers whale safari to tourist in the season which is considered from the end of October to January. During the winter, there are also opportunities for spectacular skiing experiences. We offer everything in between low threshold skiing slopes and top rides in fantastic surroundings. Tough winter condition and all-time darkness at 70 degrees north are also worth an experience.

In summer time we can offer experiences in wild nature, both at land and at sea. Nord-Troms Friluftsråd offers through the regional offer Ut i NORD several customized tours at all levels, all around our entire region. Fishing is of course also a popular activity. Welcome to Skjervøy!

Visit Lyngenfjord is a destination company for the area around the Lyngenfjord in North Troms in the north of Norway.

How to get here from Tromsø

Plan your trip to Skjervøy (from Tromsø, Alta or other nearby destinations) using the Travel planner

You can also rent a car at the airport.

Brochures for the Lyngenfjord region

Download or order your travel guide for the Lyngenfjord region for information about the region, about hiking, mountain biking, ski touring or local food from Visit Lyngefjords web-site.

Here you can find information about Arnøya in english and norwegian.

Here you can find information about the king of Skjervøy (Skjervøykongen) in english and norwegian. 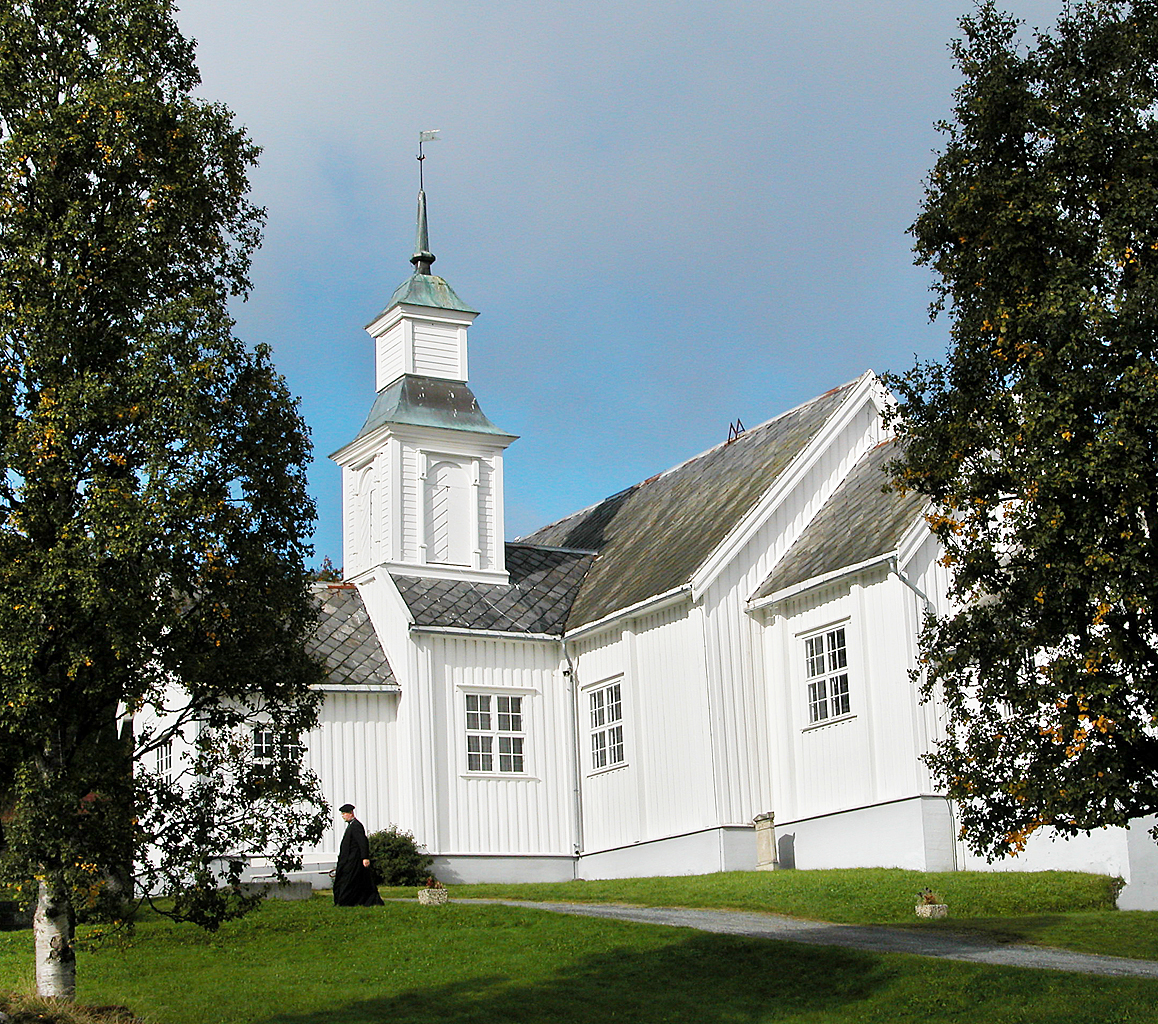 The history of Skjervøy church.

Certain items of religious art, now residing in the University Museum of Antiquities in Oslo, indicate that there was a church at Skjervøy around the year 1500.

Thomas von Westen, the great missionary for the Lapps, contracted the Kven Hans Michelsen to build a new and larger church. One year later, in 1728, the church building was completed for a congregation not only of Norwegians from the coastal areas, but also for the numerous Lapps and Finns from the regions of Kvænangen, Reisa, Lyngen and Kåfjord. Those who had to travel from far inland on the fjords and out on the islands would spend the night in small church houses on the beach below the church.

Skjervøy church from 1728 is designed as something between a longchurch and a cruciform church, as for many other North Norwegian churches. It was built of pine which had been floated down the river in the Reisa valley out to Skjervøy.

Skjervøy church is now a listed building and, as the oldest preserved wooden church in the region of Nord-Hålogaland, is subject to stringent restrictions with regards restoration by the Inspectorate of Ancient Monuments and Historic Buildings.

You can read more about Skjervøy church here, in english and norwegian. 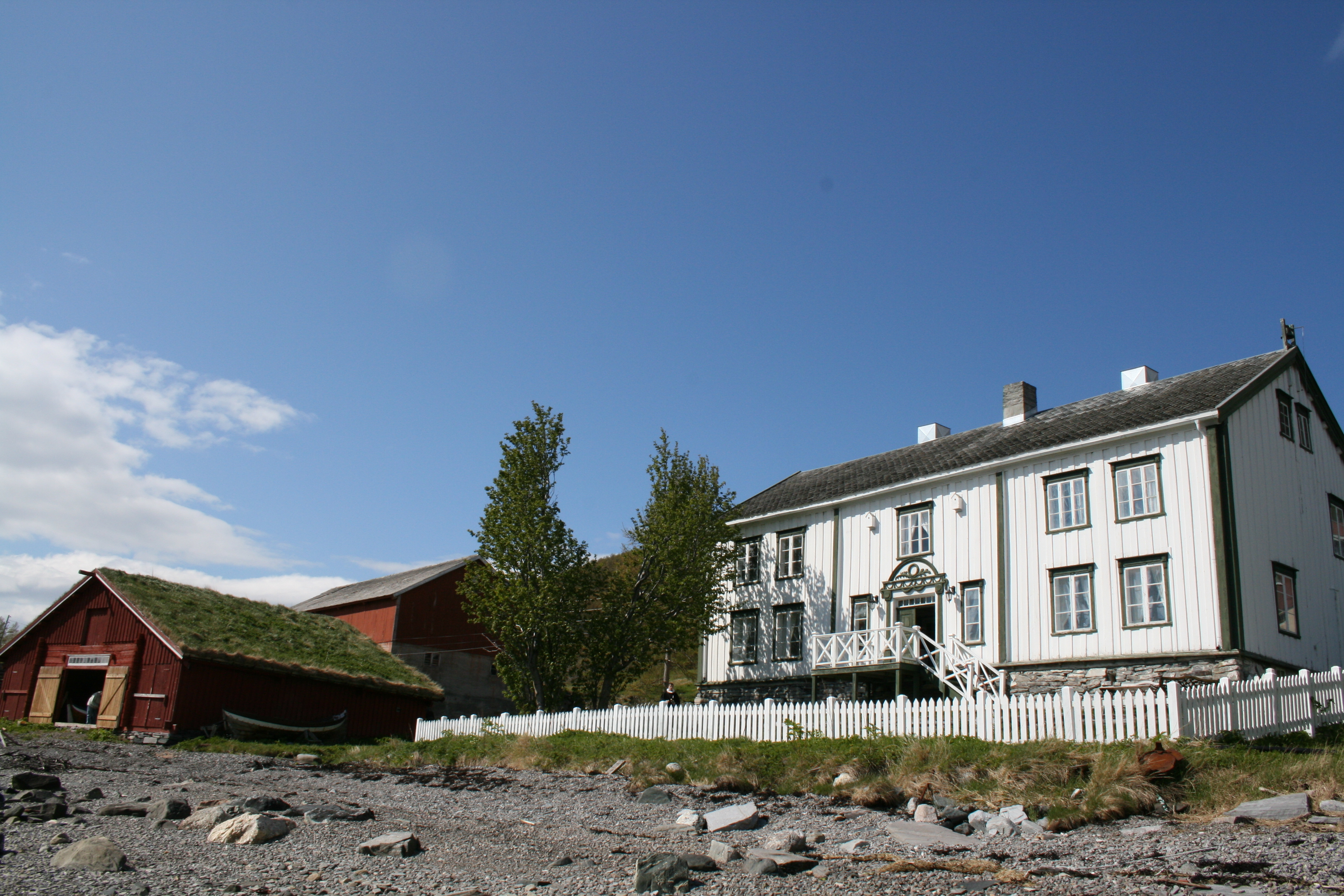 The Maursund estate is found in Maursund, on the island Kågen in Skjervøy municipality. The estate is located by the sea and has idyllic surroundings. Here you can experience the feel of a bygone era, learn more about the history and on special occasions eat traditional dishes.

Read more about it on the web-site to Nord-Troms Museum.

Arnøy is the largest island in North Troms and contains the region's nothernmost point. Here you can read a little bit about Arnøya in english and norwegian.

Christen Michelsen Heggelund was Skjervøy's first trader. Originally from Denmark, he developed into a powerful trading place, more than a century before Tromsø and Hammerfest were founded. You can read more about him here, in english and norwegian. During excavations towards the end of the 19th century, a stone was found with Heggelunds initials and the year 1662 inscribed.

Leonhard Seppala (September 14, 1877-January 28, 1967) was a Norwegian sled dog breeder, trainer and musher who played a pivotal role in the 1925 serum run to Nome and participated in the 1932 Winter Olympics. Seppala was born in the Lyngen, Troms og Finnmark, Northern Norway. When Seppala was two years old, his family moved within Troms to Skjervøy. His father worked as a blacksmith and fisherman in Skjervøy. Seppala initially followed in his father's footsteps as both a blacksmith and a fisherman. However, in 1900, he emigrated to Alaska during the Nome gold rush.

A diphtheria outbreak struck Seppala's town of Nome in the winter of 1925. The only treatment available in 1925 was diphtheria antitoxin serum. The only practical way to deliver more serum to Nome in the middle of the coldest winter in 20 years was by dog sled. A relay of respected mushers was organized to expedite the delivery, and Seppala and his dog Togo was chosen for the most forbidding part of the trail. This emergency delivery, aslo known as the "Great Race of Mercy", is commemorated annually with the Iditarod Trail Sled Dog Race.